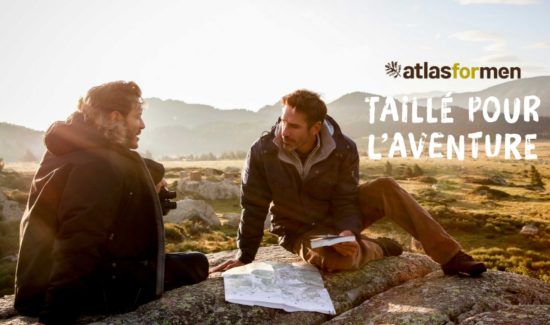 Only a few months after the refinancing of the Group, Motion Equity Partners submitted a direct offer to Latour Capital, with the aim of acquiring the Group Atlasformen, a European leader in the multichannel sales of outdoor clothes for men.

Founded by Marc Delamarre in 1999, Atlasformen is a company specialised in the direct marketing and distribution of casual, outdoor-oriented & timeless collections at affordable prices. Atlasformen’s strength resides in its D2C storeless business model, spanning both an offline (catalogues) and an online (e-commerce) offer. The Group now establishes itself as a reference player on its market, thanks to its robust model and its operational excellence.

These past few years, Atlasformen delivered a dynamic performance: the Group’s revenue rose organically from €189M in 2018 to more than €276M in 2021. Over this period, the company has pursued its international growth, with successful developments in the United Kingdom (2018), in Hungary (2020), in Canada (early 2021) in the United States since the end of 2021. As of today, the company operates in 14 countries, with a wide potential for further growth.

Moreover, Atlasformen has pursued the development of its digital strategy: online sales account for more than 35% of its orders, in constant progression since 2019.

Atlasformen constitutes the second investment of the fund Motion IV, raised in 2021. Thanks to its expertise in the consumer goods sector, in D2C brands as well as in international expansion, Motion Equity Partners intends to support the Group in its next growth phase, notably through the pursue of its digital strategy in Europe and its expansion in North America.

Cédric Rays, Partner at Motion Equity Partners, states: “We are delighted of this second investment for Motion IV. We have been following the Group for some years and have always been impressed with its strength, with the consistency of its model and with its capacity to position itself as a reference player on its market, country after country. We deeply share the ambition of Marc Delamarre and Atlaformen’s teams, whom, strengthened by the successes recorded these last years, aim at an even more steady development for their Group”

Philippe Léoni and Maxime Gutton, Partners at Latour, add: “Throughout our investment period, we have been very favorably impressed by the great quality of the management team and its capacity of continuous adaptation in order to successfully deliver its ambitious strategy. With the recent launch of the United States and an excellent dynamic on the digital channel, Atlasformen is in the best place to accelerate its growth. We are very proud of having been able to support them and wish them the best for the future”

Marc Delamarre, Atlasformen’s President, concludes: “We have been particularly satisfied with our journey with Latour Capital and I would like to thank them for their advice, their support and their vision through this period of significant growth. The pursue of our international development, the rising digitalization of our business and the “data driven” expertise remain our priorities for the years to come. I am convinced that Motion Equity Partners, with its strong entrepreneurial expertise, will be an important asset for the pursue of our growth and the achievement of our ambitious objectives.”