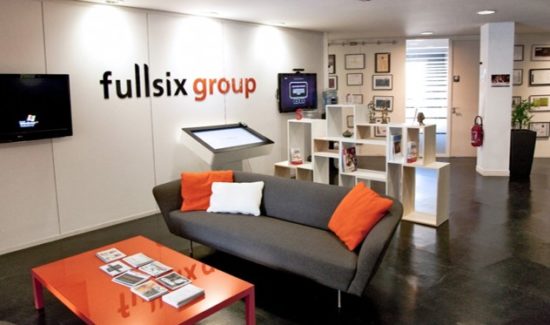 Paris, September 24th 2015 – Funds advised by Motion Equity Partners, an independent mid-market European private equity firm, announced today that they had entered into an exclusive agreement with Havas, pursuant to which Havas made a binding offer to acquire FullSIX Group. The Paris and Milan based private equity firm had acquired a majority stake in the French Group in August 2008 through Motion Fund II, alongside FullSIX’s Management team. The transaction is subject to completion of information and consultation with FullSIX’s employee representatives and is expected to close mid-October 2015.

Founded in 1998 by Marco Tinelli, FullSIX is a major independent European player within the digital marketing and communication industry. The Agency is positioned on the cutting edge of new interactive techniques such as interactive CRM, data mining and mobile technologies. Market leader in France, the Group is also present in the UK, Portugal, Spain, Italy and the US through its local agencies, and is proud to serve a range of high-profile clients such as: Sainsbury’s, LVMH, Canal + and Aéroports de Paris.

During the investment period, the Group has continued its international expansion effort by strengthening its positions in the UK, Portugal and in Spain, as well as by entering the US with the creation of a very successful agency in New York. FullSIX has also developed considerably its offer in terms of digital skills and competencies; in fields such as search engine optimization, mobile marketing and development of big data. The Group now offers a full range of digital services and expertise covering all advertisers’ needs in the Digital Era.

After a phase of building the Group into a profitable growth platform, FullSIX will now enter a new development phase within the Havas Group.

« We are convinced that this merger will benefit both Havas and FullSIX », said Cedric Rays, Partner at Motion Equity Partners. « Their experience and skills are very complementary. FullSIX will bring to Havas its unrivalled expertise in digital communication and marketing, and will in return benefit from Havas’ longstanding relationships with blue-chip customers. The two groups’ geographical network is very complementary and Havas’ international footprint will be an additional growth driver for FullSIX ».

Marco Tinelli, President of FullSIX Group, adds: « The past years working alongside Motion Equity Partners were very beneficial to the Group. With the support of our majority shareholder, we grew FullSIX into an established, recognised and resilient international group, and acquired key competencies which make us successful today. Havas appeared to us as the ideal partner to further support FullSIX in its next high growth phase ».

FullSIX Group is an independent European digital communication and marketing consultancy Group founded in 1998 and based in Paris. The Group operates in France, Spain, Portugal, the United Kingdom, Italy and the USA. Conjointly owned by its management and Motion Equity Partner’s second fund, FullSIX places Digital and Data at the heart of its clients’ performance, covering all of advertisers’ needs:

Additional information is available at www.group.fullsix.com

Involved in the transaction: